Established by sisters Katie and Ashley in 2014, Mason Jar Boutique started out as a fun project by two moms raising their kids, looking to add some variety and flexibility to their lives.

Communication was at the top of Katie’s priority list. “I really believe in conversational commerce,” Katie says. “It’s about building a relationship with your customers. A big part of buying online is trust. So, the very first time I heard about live selling, I knew it was something that I definitely wanted to try.”

Live Selling Game Plan: How to Get Ahead

After familiarizing themselves with live selling, Mason Jar Boutique decided they wanted to work with the live commerce platform they had heard about: CommentSold.

“I wish I would have done this years ago,” Katie adds. “All of CommentSold’s systems are made to help people like me.”

At the outset of their journey into live commerce, Mason Jar Boutique had a few hurdles to overcome, primarily lowering marketing costs, streamlining workflow, and connecting with consumers.

Mason Jar Boutique wanted to expand its profit margins without incurring high advertising costs. Katie explains that while the shop was selling out of inventory, they were not generating much in return since they were investing it in the brand’s marketing—up to $60,000 a month alone on Facebook ads. The goal was to promote client interaction and improve targeting in a cost-effective and efficient way.

How? Instead of relying on static advertisements to do the work for them, Mason Jar now sells products by communicating directly with its customers through real-time video, thanks to CommentSold’s live selling capabilities. The ability to talk about product highlights, demonstrate how items fit in real-time, and answer customer questions about inventory in the moment allowed Mason Jar the ability to sell without the use of third-party platforms or high advertising costs. Because of the change in its messaging and approach, the shop was able to cut marketing spend by more than 80 percent.

“Now we spend close to $10,000,” Katie says, “almost a fifth of our earlier marketing spend—and we have more sales than before. All that goes back to us using CommentSold and its live video features.”

With swiftly increasing popularity, Mason Jar Boutique had to deal with growing logistical and workflow complexities. Finding a solution that helped them cut down on labour costs, shipping fees, and numerous third-party integrations was the logical next step. The shop was using several different systems to manage its operations, with most of their expenditure going towards shipping. Their goal was to switch to a more streamlined system that would be easier to manage and more cost-effective.

How? The boutique used CommentSold’s centralized fulfilment option customized to their needs. Because of ComentSold’s capabilities for batch printing labels, end-to-end order visibility, and streamlined workflows, Mason Jar is now able to ship orders three times as quickly with half of the work force.

“Our shipping expenses have gone down 20%, we have a better inventory, and everything is such a better system now because we had CommentSold,” Katie says.

Using CommentSold for fulfillment and sending automated shipping updates to shoppers, Mason Jar was able to ship products at nearly one-fourth of its earlier costs and cut transport length in half, increasing customer satisfaction and repeat shopper rates.

Attract and Connect with New Customers

The shop wanted to find a method to connect with its customers in a genuine way. Mason Jar was looking to build more than just a presence on social media and hoped to cultivate a community of customers who trusted their products and brand.

How? CommentSold’s live selling capabilities allow hosts to interact with their viewers in real-time: as brands showcase their products, viewers can leave comments and ask questions that sellers can respond to right away. Besides that, CommentSold’s live commerce technology notifies hosts when special shoppers join a live sale, like a first-time viewer or a frequent customer, allowing the host to tailor the experience around their audience. This immersive experience builds trust and fosters a sense of deep connection between shoppers and sellers.

According to Katie, live commerce has had a huge impact on Mason Jar Boutique because they’re building relationships with shoppers. “My customers know everything about me,” she says, “When you build a relationship with a customer like that, it makes them very loyal to you, and it makes them trust you.”

“CommentSold has the coolest technology,” Katie adds, “I feel like they’re always four steps ahead of everybody.”

Mason Jar Boutique had been using Shopify from day one and wanted to keep the e-commerce platform they were familiar with—while integrating a live commerce strategy with CommentSold.

How? CommentSold offers a streamlined Shopify integration to make customization seamless for its users. An automatic inventory sync enables live and social selling through CommentSold while simultaneously updating inventory count on Shopify.

“Shopify is awesome,” Katie says. “It’s just a great tool to have, but when you combine it with CommentSold, nothing can beat it. They work together seamlessly.”

By reaching their customers where they prefer to shop—whether on the website, app, or social media platforms—and by creating meaningful interactions in real-time through live sales, Mason Jar Boutique is able to effectively advertise without going out of its way. These widespread, real-time interactions helped the shop decrease ad spend by more than 80%.

How? CommentSold’s multichannel live sales approach lets retailers tap into new markets by selling live simultaneously on your social media, mobile app, and webstore. Utilizing this capability, Mason Jar is able to reach their audience where they prefer to shop and make checkout a breeze.

“The CommentSold mobile app is amazing!” Katie adds. “It is probably one of my favorite things about CommentSold. Just the ability to hop on to an app where you can pull up an item you like and see it on in a video on two different models gives you such confidence in making the purchase.”

Mason Jar Boutique was on the lookout for a platform that did-it-all. CommentSold helped them set up a simplified multichannel sales system, a branded mobile app with high conversion rates, centralized fulfillment, and a robust point-of-sale system.

Not only did CommentSold provide a roadmap for live selling, but they also supported the boutique through every step of their journey, addressing front-end and back-end optimization for the business.

“Another really cool part about CommentSold is you get somebody who can answer all your questions,” Katie says, citing there aren’t a lot of companies that provide this degree of hands-on support.

With 360-degree support from CommentSold, Mason Jar Boutique was able to grow their business and surpass their sales goals.

CommentSold helped Mason Jar tap into a saturated market in a refreshing way.

The result? $2.6 million in yearly sales—a growth of nearly 400% in revenue. With that, Mason Jar managed to nearly double its year-over-year customer retention rate. CommentSold helped Mason Jar bring on board 15,000 new customers (and growing) and increase the lifetime value of their customers exponentially.

With CommentSold, Mason Jar Boutique has been able to scale its business exponentially while enabling the people behind the scenes to focus on what they love most: connecting with their customers and spending more time with their families.

DISCOVER MORE OF WHAT MATTERS TO YOU

Get actionable strategies to boost revenue and grow your brand delivered directly to your inbox:

CommentSold provides the technology retailers need to operate and grow their businesses. Our platform simplifies inventory and order management, payments, and fulfillment for business owners, and enables live and social selling on social media, mobile apps, and websites. 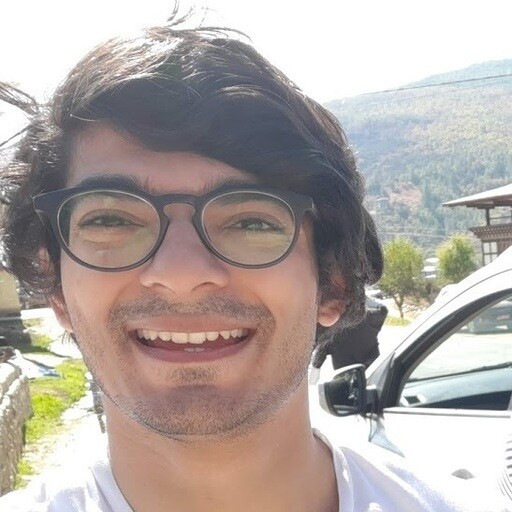